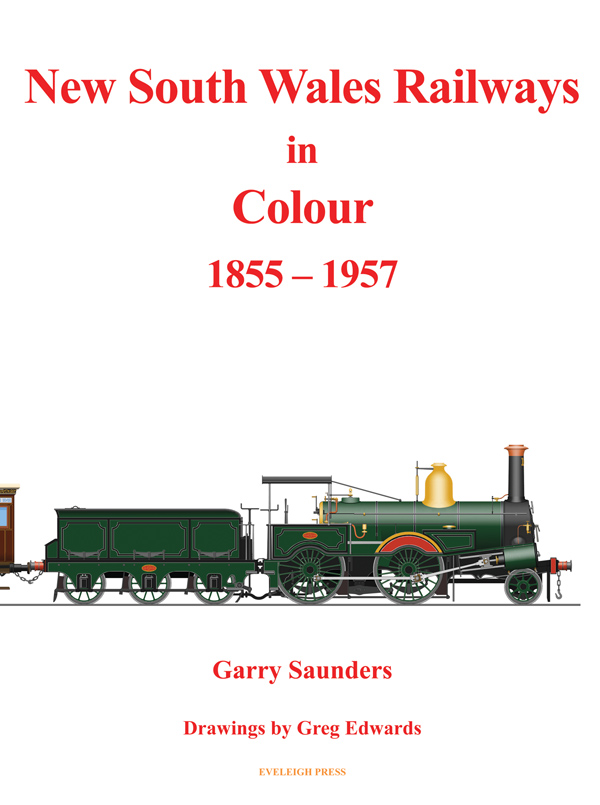 Eveleigh Press is proud to announce a major new work on the history of NSW Railways. For the first time, landmark locomotives, carriages, goods wagons, rail cars, rail motors and trams of all types have been brought together in a single book.

This book will take you on a journey through 100 years of the history of NSW Railways, from its beginnings in 1855 at the dawn of the steam era until 1957 when the legacy of the steam locomotive passed on to newer and more capable technologies.

Along the way we will look at over 320 items of rolling stock and briefly describe their place in the history of NSW Railways. Locomotives of all types (steam, electric, diesel-hydraulic and diesel-electric) will be discussed as will railmotors and rail cars, passenger carriages, goods wagons and support vehicles. Tramways, an integral part of the Railway administration for many years, including horse, steam, cable and electric trams, have also been briefly discussed.

As far as possible this journey will be brought to you in colour.

Following many years of research and analysis, the history that we have known from black and white images can be brought to life in the colours that people of the time would have instantly recognised.

The research has uncovered many original samples of paint colours taken from the fabric of NSW Railways historic vehicles which have been analysed to unlock a wealth of information about the pigments, paints and colours that were actually used at different times during this hundred year period.

During the course of this research a great deal of new information has been uncovered, including NSW Railways documents describing the paints and the pigments used to make them, newspaper articles describing the liveries of the time, Parliamentary notes, long lost archives files and interviews with some of the men who were apprentices at the Eveleigh Carriage Paintshops in the early 1950s.

The results of this research have been used to create images of hundreds of items of rolling stock as they would have appeared, showing how their liveries evolved, influenced by the aspirations of the various personalities involved in the development of the Railways, the fashions of the time, evolving paint technology, wartime, and social change.

Illustrator for this book, Greg Edwards, has interpreted the data uncovered by this research to prepare more than 130 colour drawings to bring this black and white world to life.